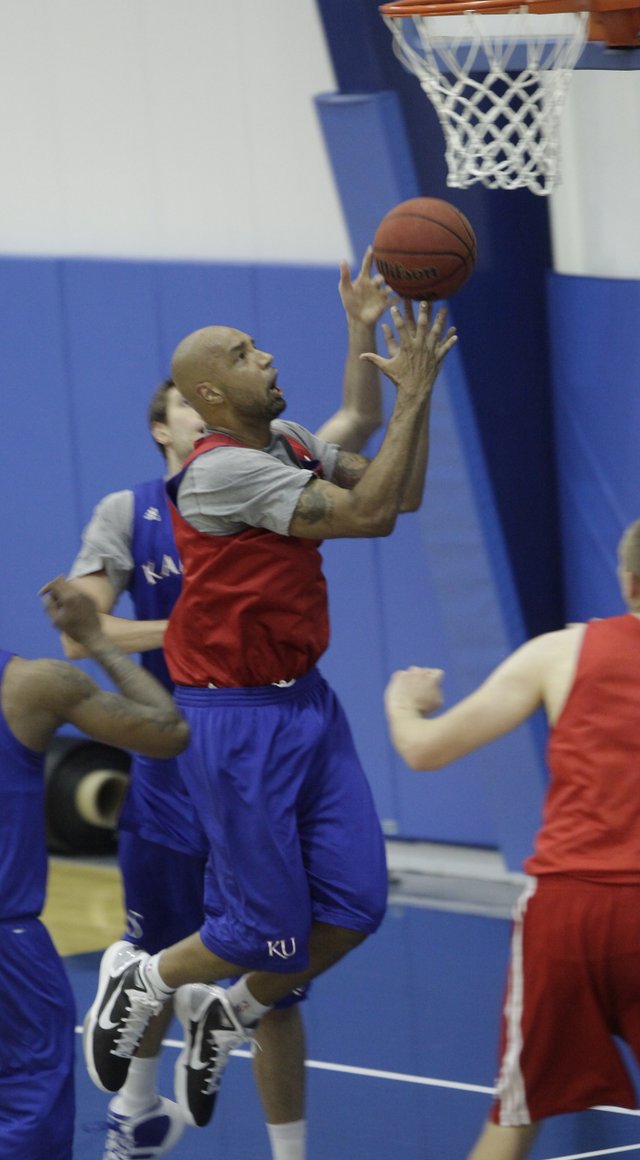 Jayhawks Mason, Coleby and a blast from the past set to graduate Sunday

KU seniors Frank Mason, Dwight Coleby and one surprise from the not-too-distant past will join hundreds of other students for graduation ceremonies Sunday on the KU campus. By Matt Tait

Look who's back: NBA veteran Drew Gooden returns to Lawrence

Drew Gooden, who had last played in Bill Self’s basketball campers game in June of 2005, brought his talents to Kansas University’s Horejsi Center on Wednesday afternoon.

Welcome back to the Newell Post Live, coming to you from the Horejsi Center on the Kansas University campus where the KU men's basketball team is getting set for its second summer camp game.