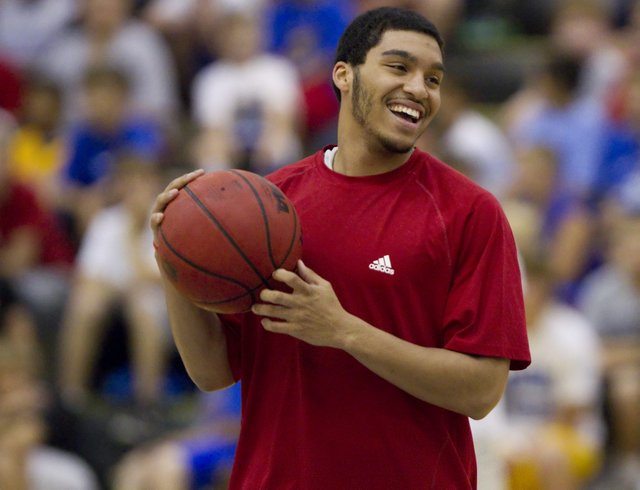 Kansas University guard Niko Roberts smiles as he listens to campers chanting for him to dunk at the Bill Self basketball camp on Tuesday, June 15, 2011 at the Horejsi Center.

Before the second session even began, Niko Roberts was thinking of improvements. Roberts, who was a member of the Kansas men’s basketball team between 2010-14, held an administrative role at the first-ever NCAA-sponsored College Basketball Academy.

Norm Roberts, who was hired as an assistant basketball coach at the University of Florida last April, hasn’t tried to convince his oldest son, Niko, to join him in Gainesville, Fla.