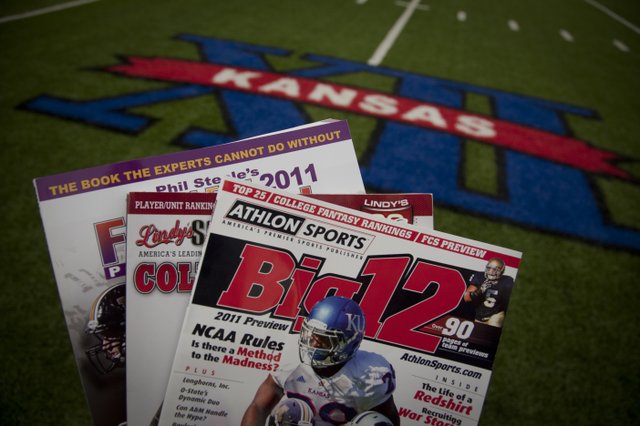 Posting a 3-9 record one season usually doesn’t get a team a lot of preseason publicity the next. The good news for Kansas University football, which won just 25 percent of its games during head coach Turner Gill’s first year in town in 2010, is that those preseason magazines that hit news stands in mid-June examine and analyze every Div. I team out there.

I truely believe we are underrated. I feel we will finisth 8th and win 3/4 games.