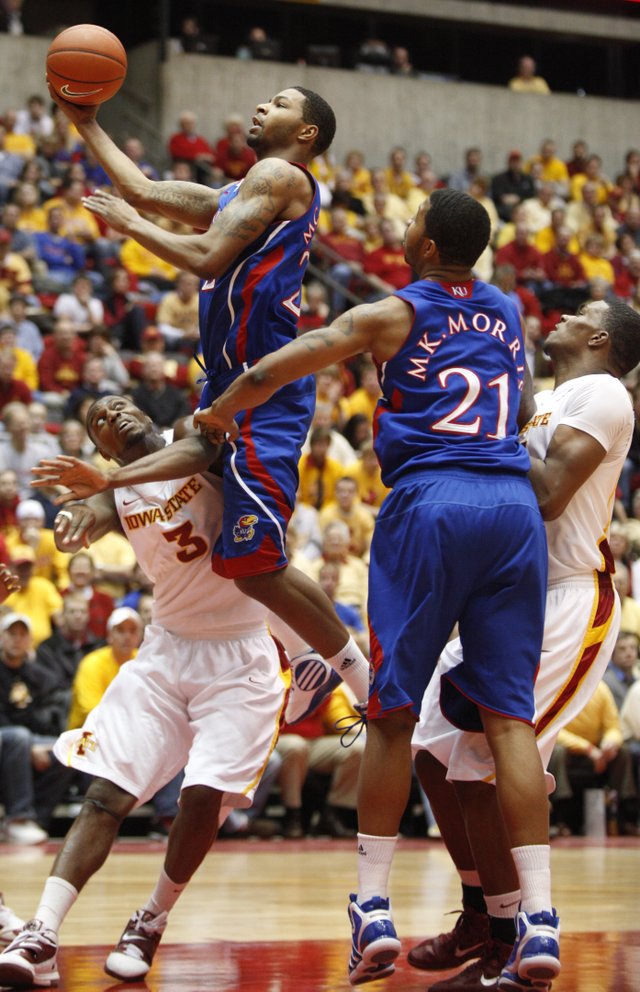 Kansas forward Marcus Morris gets a bucket as he's fouled by Iowa State forward Melvin Ejim during the first half on Wednesday, Jan. 12, 2011 at Hilton Coliseum in Ames, Iowa.

Kansas forward Marcus Morris was selected as the Big 12's player of the week, the conference announced Monday morning.

This wasn’t the night to fret that Kansas University’s basketball team didn’t deliver a convincing enough knockout punch to demoralize Iowa State, not the night to wonder when KU would sparkle from beginning to end and look for 40 minutes like the third-ranked team in the nation.