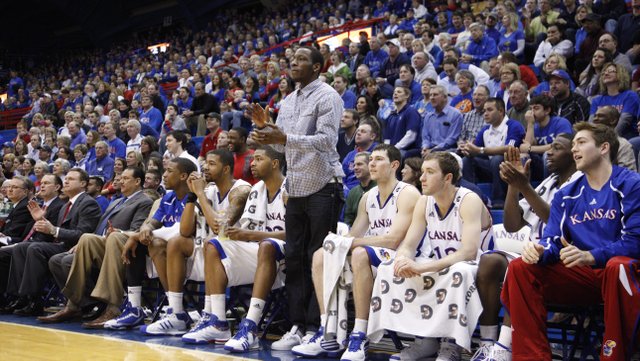 Suspended player Tyshawn Taylor stands to applaud his teammates during the second half against Oklahoma State on Monday, Feb. 21, 2011 at Allen Fieldhouse.

KU basketball coach Bill Self comments on Tyshawn Taylor's status, says he will be in uniform

Kansas University junior guard Tyshawn Taylor, who missed the past two games while on suspension, will be available for Wednesday's game against Texas A&M.