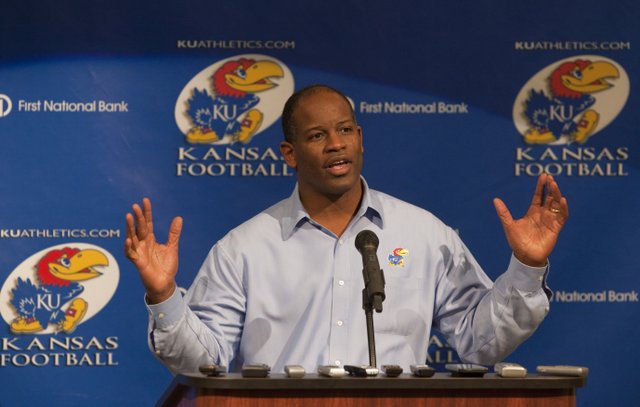 Kansas football coach Turner Gill discusses the recruiting class of 2011, which was labeled the 34th-best class in the country, according to Rivals.com. Gill announced the class in a news conference on Wednesday, Feb. 2, 2011 at Mrkonic Auditorium.