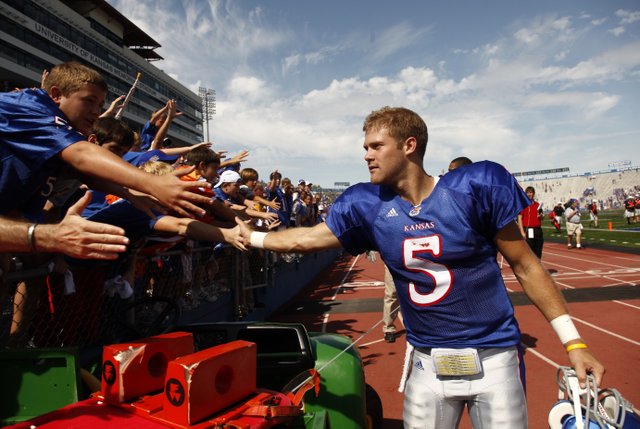 Former Kansas University quarterback Todd Reesing greets Jayhawk fans after a 44-16 win over Duke in this file photo from Sept. 19, 2009 at Memorial Stadium. Reesing said he is impressed with new KU coach Charlie Weis and the potential of KU’s recent quarterback recruits.

As the starting quarterbacks in three of the 12 bowl games the Kansas University football program has played during its 121-year history, Todd Reesing and Bill Whittemore certainly are qualified to talk about what it takes to play quarterback at KU.