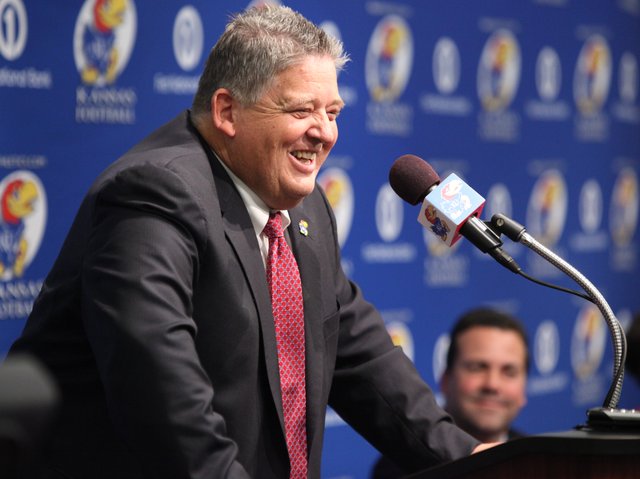 Charlie Weis laughs at the podium as he addresses media members during a news conference in which Weis was announced as the new football coach for KU on Friday, Dec. 9, 2011 at the Anderson Family Football Complex.

Kansas University’s search for a new head football coach is long over, but the Jayhawks’ quest to find a new defensive coordinator has moved into its third week.

Jake Heaps, the No. 1-ranked pro-style quarterback in Rivals.com’s class of 2010, will visit Kansas University this weekend, Jayhawkslant.com is reporting.

New KU football coach will make $2.5 million per year through 2016

The contract for newly named Kansas University football coach Charlie Weis has been finalized, and, like the one drawn up for former KU coach Turner Gill in 2009, it does not include a buyout for early termination.

Charlie Weis was introduced as the new head coach at Kansas during a press conference on Friday afternoon at the Anderson Family Football Complex.