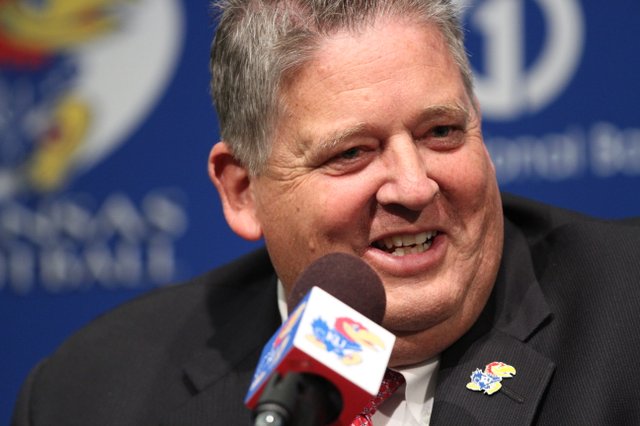 Charlie Weis laughs with media members during a news conference on Friday.

Since arriving in town nearly six months ago, Kansas University football coach Charlie Weis has earned a reputation for being honest.

When Charlie Weis was introduced as the new football coach at Kansas University in early December, he was asked how much he knew about the KU program.