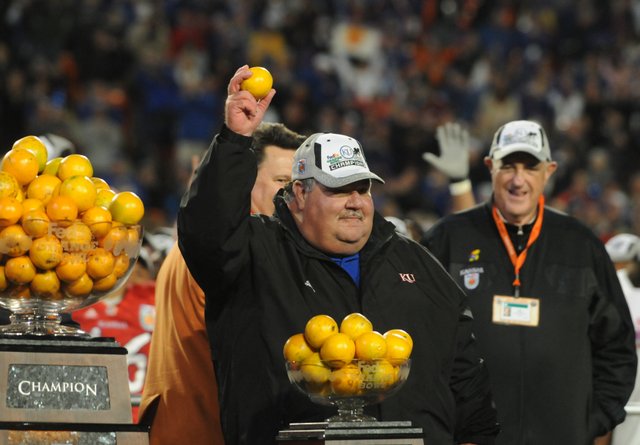 Now that he is retired from coaching, Mark Mangino can reveal the secret sauce that led to his football success at a basketball school.

Mark Mangino back in coaching

After sitting out for three full seasons, former Kansas University football coach Mark Mangino is back in coaching. By Matt Tait

It hit me like a hot-air shot onto a cavity delivered through one of those guns dentists like to use to amuse themselves and get a rise out of their patients: Mark Mangino very well could return to coaching soon as an offensive coordinator at a school that has challenges in building a football program similar to those at Kansas University. By Tom Keegan