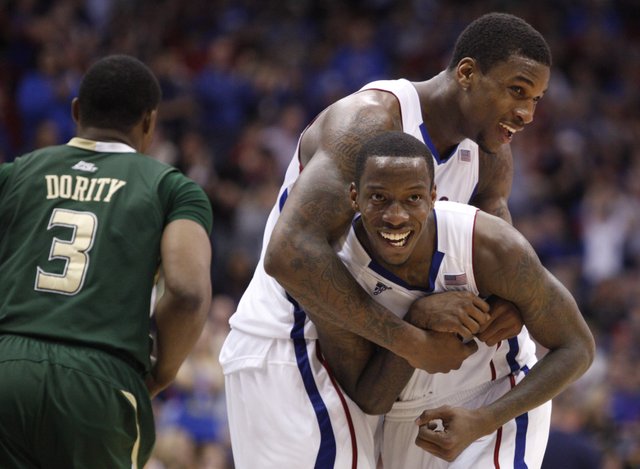 Kansas forward Thomas Robinson, top, hugs teammate Tyshawn Taylor after Taylor's feed to Robinson for a dunk against South Florida during the second half on Saturday, Dec. 3, 2011 at Allen Fieldhouse.

LIVE from New York: It's time to dive into NBA Draft 2012

For the third year in a row, fans of the Kansas University men’s basketball program have a rather compelling reason to tune into the annual NBA Draft — two of them actually.

Ol’ cruddy duddy: Bill Self: KU sick on, off court

A case of the “crud” has stricken Kansas University basketball coach Bill Self and several of his players this past several days.