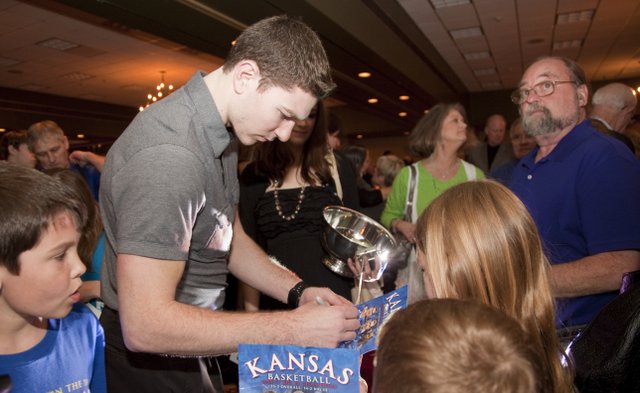 Kansas University senior guard Tyrel Reed was named winner of the “Danny Manning Mr. Jayhawk Award” at the conclusion of Monday’s basketball banquet at the Holidome.