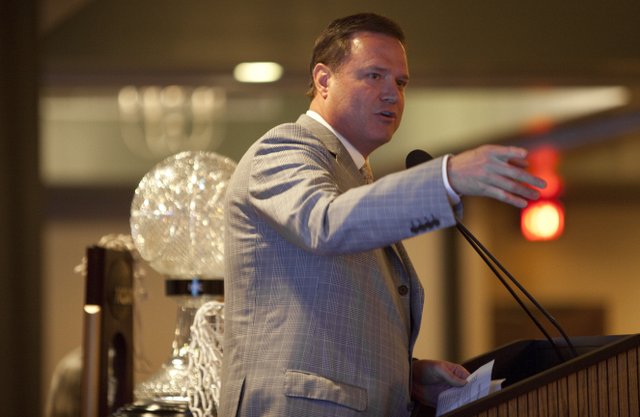 Kansas head coach Bill Self introduces members of his staff during the KU men's basketball banquet Monday, April 11, 2011 at the Holiday Inn Lawrence.

Self: ‘We’ve had them from all over’

Bill Self confident KU hoops will remain atop league standings

Kansas University basketball coach Bill Self, who for eight years has been an active member of the Lawrence community, meets his fair share of townspeople almost every day.