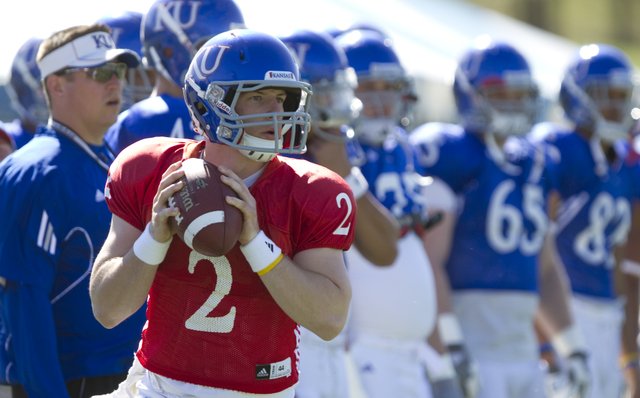 Kansas quarterback Jordan Webb looks over his receivers as he runs through plays with the offense during practice on Monday, April 11, 2011 at the KU practice fields.

The one to beat: Jordan Webb best of the bunch at QB for Kansas — at least so far

At last year’s annual spring football game, Kansas University quarterback Jordan Webb was in the middle of a battle for the starting QB position and took the field hoping to make the kinds of plays that would wow the coaches and inspire them to pick him as their starter.

For the second straight spring, Kansas University quarterbacks Quinn Mecham and Jordan Webb find themselves battling for the starting job.