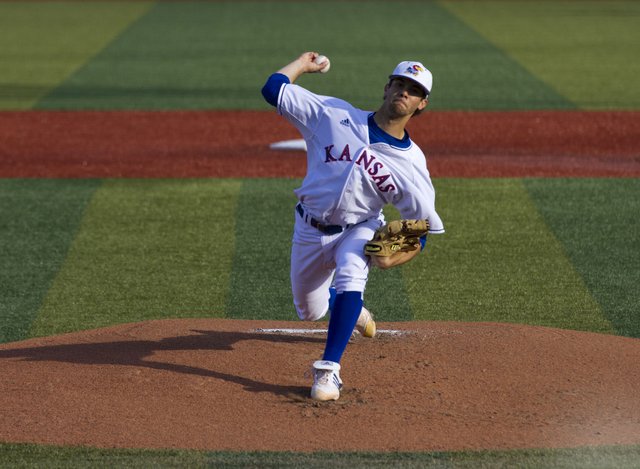 As the years have gone by, Kansas University baseball coach Ritch Price has seen more and more former Jayhawks work their way up from the college ranks into minor league and, in some cases, Major League success. That, Price says, can be a helpful tool in recruiting, as he can point to the affiliations between his former Jayhawks and Major League ballclubs with more regularity each year.