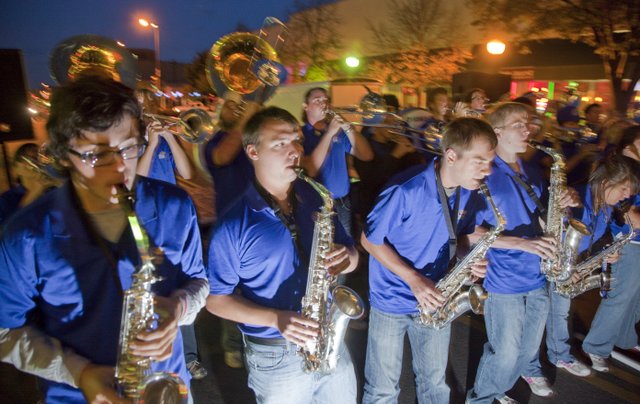 The Jayhawk Band rocks Massachusetts Street during a pep rally Thursday, Oct. 21, 2010, for Kansas University's homecoming game this Saturday against Texas A&M. Kansas Athletics, the Lawrence Chamber of Commerce and several other groups were involved in the rally on the 1000 block of Massachusetts Street.

Out with the Cornhuskers, and in with the Longhorns. More than 50 years since it was last revised, Kansas University’s fight song has been tweaked, adding new Big 12 Conference opponents and taking out references to departing conference brethren Colorado and Nebraska.