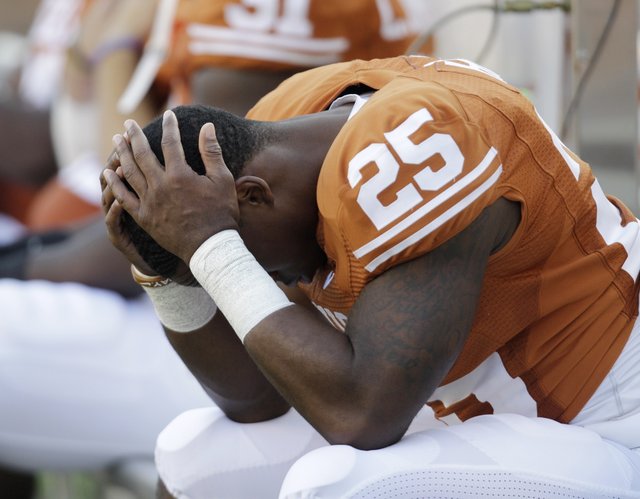 Texas’ Jeremy Hills buries his head during the final moments of the Longhorns’ 34-12 loss Saturday to UCLA in Austin, Texas, a setback that put a crimp in UT’s national title hopes.

The chances that Texas will return to the BCS championship game for a second straight year are greatly diminished, if not gone, after a humiliating rout at home.