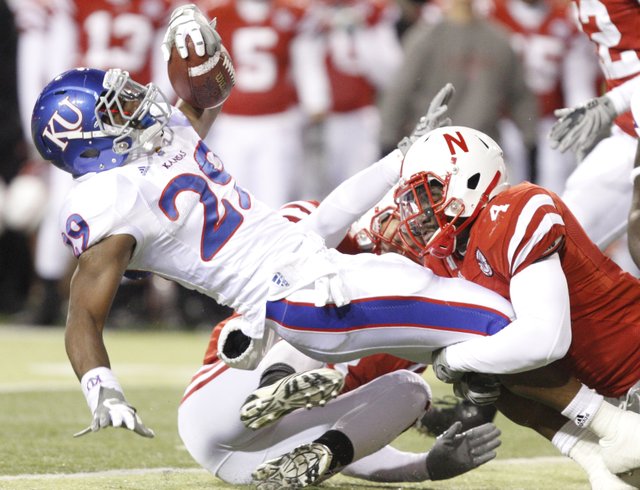 In the press box at Nebraska University’s Memorial Stadium, there’s a poster from 1983 that features Kansas University coach Turner Gill in his Nebraska gear and the headline “The Scoring Explosion.”