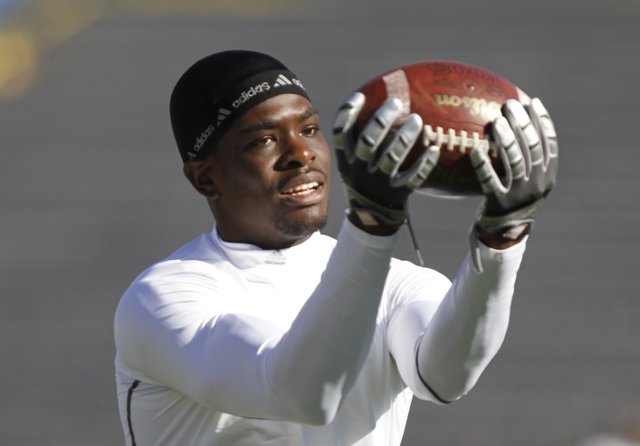 A former Kansas University football player and one of four men arrested in a May 2013 alleged robbery of cash and marijuana at gunpoint pleaded guilty Thursday on amended charges of felony theft in exchange for testimony against another former player who is also charged. By Stephen Montemayor

Another former Kansas University football player is facing charges in a robbery case that already ensnared Chris Martin, a once-touted defensive end, and two others in May. Chris Omigie, a former wide receiver from Arlington, Texas, was arrested today in Johnson County on suspicion of aggravated robbery in connection with a May home invasion in southwest Lawrence. By Ian Cummings