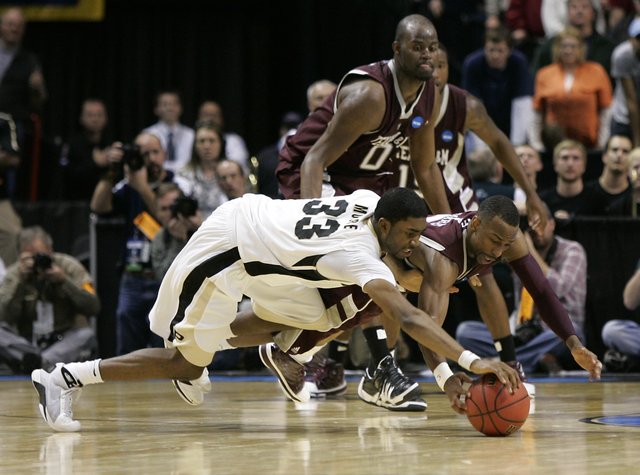 Purdue's E'Twaun Moore (33) and Texas A&M's Dash Harris dive for a loose ball as Texas A&M's Bryan Davis looks on at top in the final seconds of the second half of an NCAA second-round college basketball game in Spokane, Wash., Sunday, March 21, 2010. Purdue beat Texas A&M 63-61 in overtime.

Determined and undaunted, 6-foot-3 Chris Kramer bulled past one defender 4 inches taller than him. He flipped a layup over another 6 inches taller. Seconds later, he was getting pounded by his own teammates.