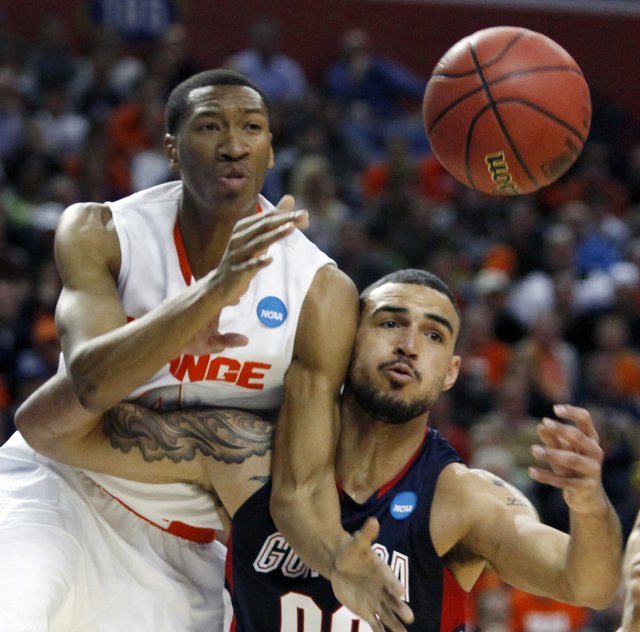 Wes Johnson scored a career-high 31 points and pulled down 14 rebounds and Andy Rautins added 24 points as Syracuse hit a dozen 3-pointers to stun Gonzaga 87-65 on Sunday in the second round of the NCAA tournament.