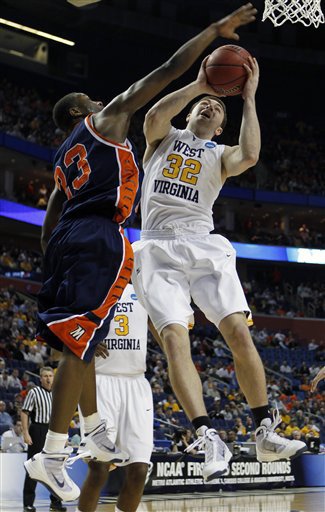 Kevin Jones scored 17 points and second-seeded West Virginia overcame an early scare to open the NCAA tournament with a 77-50 win over Morgan State on Friday.