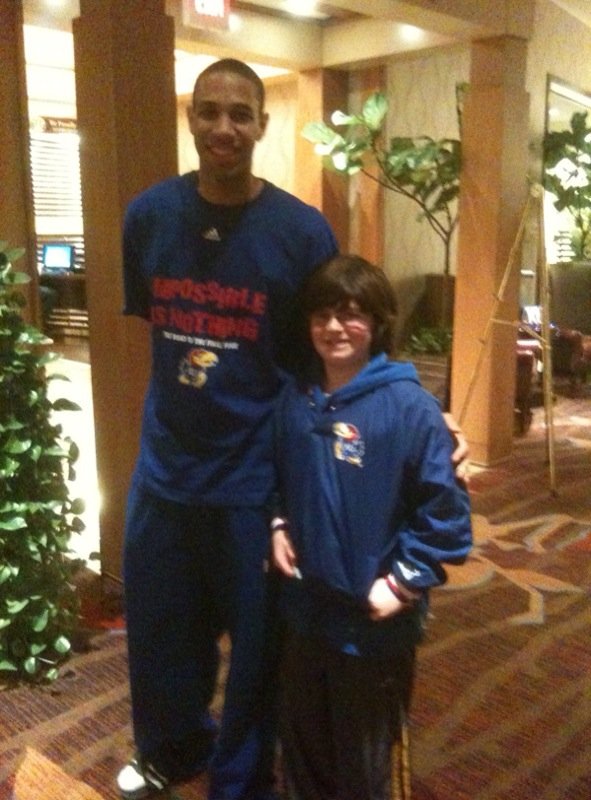 Carter Jones, 9, gets to meet one of his favorite Jayhawks, Xavier Henry, in Oklahoma City.

They say television adds 15 pounds, but the screen also manages to shave six or more inches from KU players, coaches and anyone else wearing crimson and blue on the sidelines at Ford Center.