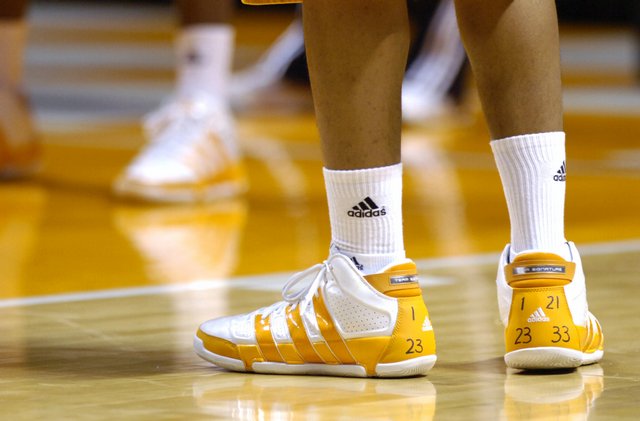 Tennessee senior J.P. Prince, in practice Friday in Knoxville, Tenn., displays the jersey numbers on his shoes of the four players suspended or dismissed from the team. Coach Bruce Pearl dismissed forward and team captain Tyler Smith on Friday.

Other three suspended Volunteers will not play against KU

University of Tennessee all-SEC forward/team captain Tyler Smith, who scored 21 points and grabbed nine rebounds in the Vols’ 92-85 loss to Kansas University last Jan. 3 in Allen Fieldhouse, won’t be around for Sunday’s rematch in Knoxville.