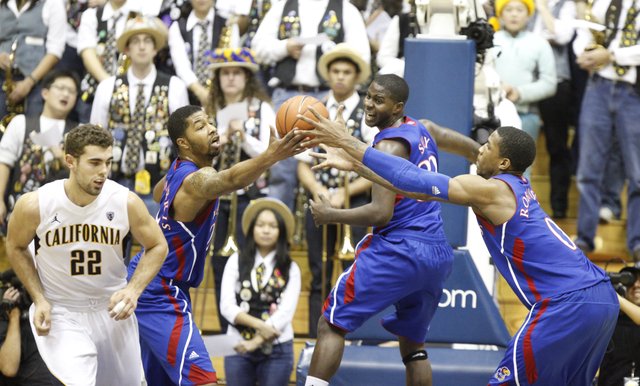 Kansas players Markieff Morris, left, Josh Selby and Thomas Robinson go after a rebound against Cal during the first half, Wednesday, Dec. 22, 2010 at Haas Pavilion in Berkeley, California. At left is Cal forward Harper Kamp.

Kansas junior forward Markieff Morris was selected as the Big 12's player of the week, the conference announced Monday.