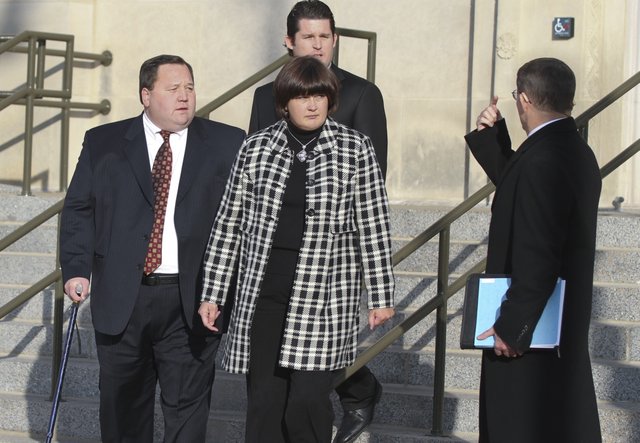 Charlette Blubaugh, a former associate athletics director at Kansas Athletics Inc., was sentenced Thursday to prison for her role in a ticket-theft scheme and conspiracy that prosecutors say cost the department at least $2 million.

Another former ticket manager for Kansas Athletics Inc. has admitted in federal court that she took part in a scheme that converted stolen KU basketball and football tickets into tax-free cash through sales by ticket brokers and others.

Two more former employees of Kansas Athletics Inc. are scheduled to plead guilty for their roles in a tickets scheme.