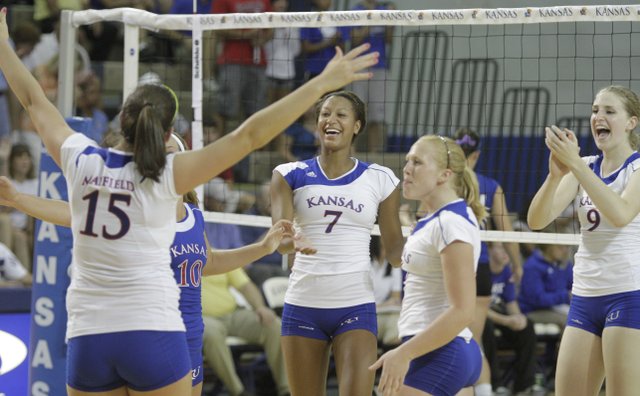 Kansas University’s volleyball team swept UMKC, 3-0, on Tuesday night at Horejsi Center and improved to 4-0 for the first time since 2005.