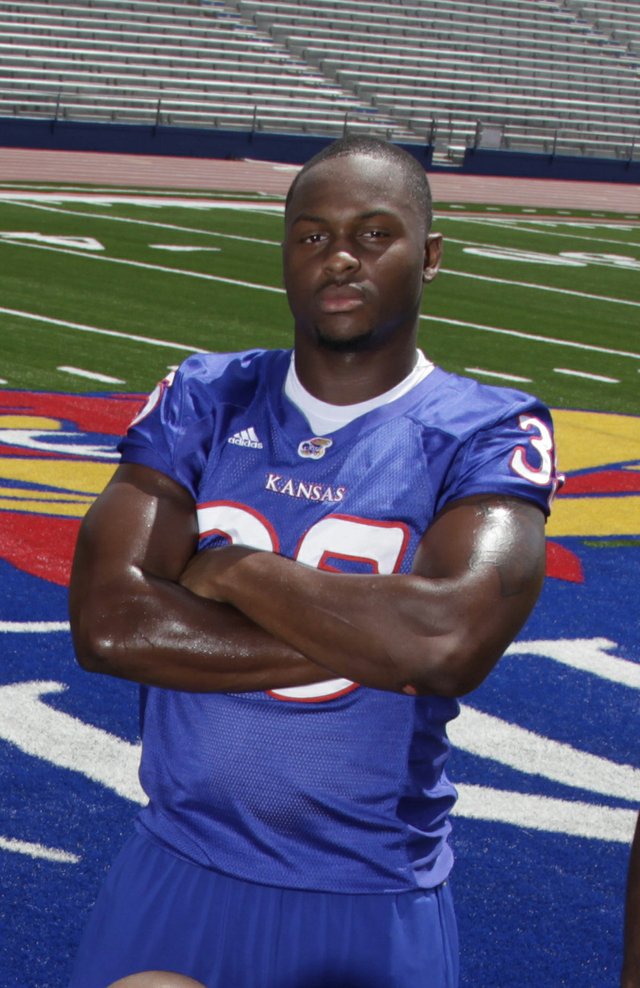 Kansas University’s Toben Opurum has made the switch from running back to linebacker in 2010. Coach Turner Gill announced Thursday night that Opurum had sprained an ankle, making him questionable for the game against Georgia Tech.

Opurum OK with switch to LB

Although Kansas University football coach Turner Gill and offensive coordinator Chuck Long made sophomore Kale Pick the clear-cut choice at quarterback nearly two weeks ago, there seems to be some question about what role red-shirt freshman Jordan Webb will have in the offense.

Back in action: Battle-tested Toben Opurum making up for lost time

Because he carried the ball 133 times, rushed for 554 yards and scored nine touchdowns in 2009, people may have a small misconception about Kansas University running back Toben Opurum.