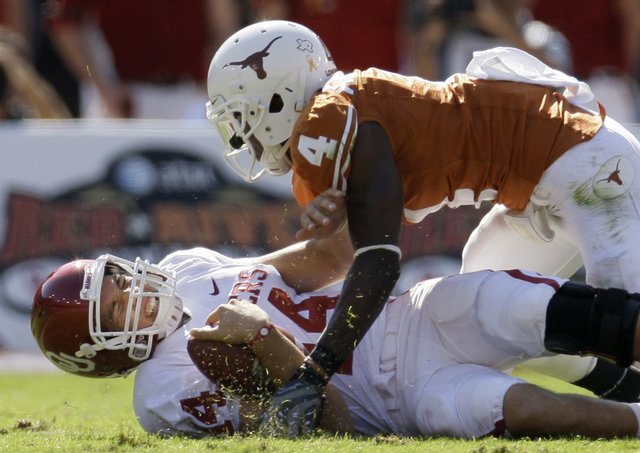 Oklahoma quarterback Sam Bradford, bottom, re-injured his shoulder after being sacked by Texas cornerback Aaron Williams on Saturday. Bradford will undergo season-ending surgery and will enter the NFL draft.

OU quarterback to have surgery, will enter NFL Draft

Heisman Trophy winner Sam Bradford will have season-ending shoulder surgery and expects to enter the NFL Draft in April.

Bradford out for Saturday's game against KU

Heisman Trophy winner Sam Bradford has been ruled out of No. 25 Oklahoma's game this week at 24th-ranked Kansas, but coach Bob Stoops says any decision beyond that is yet to come.