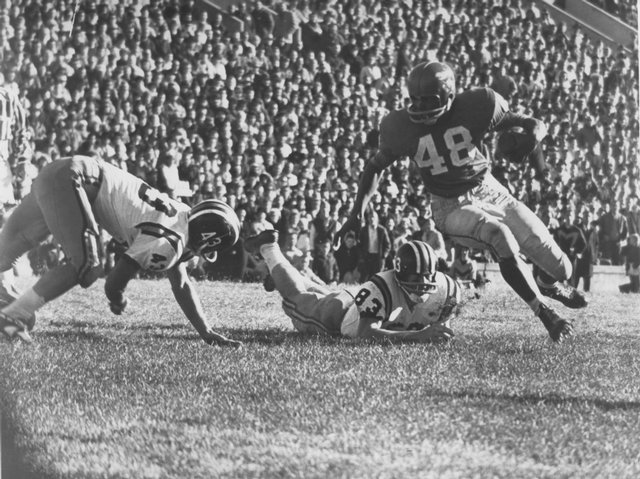 The Kansas football team hasn’t participated in the postseason since 2008, but the Jayhawks got to share a small fraction of the spotlight during Monday’s national championship game, when the most renowned player in the program’s history picked up another honor.

When the news hit last month that former Kansas University running back Gale Sayers was coming back to Lawrence to become the athletics department’s Director of Fundraising for Special Projects, it didn’t take long for his return to the program to make an impression with the members of the 2009 team.