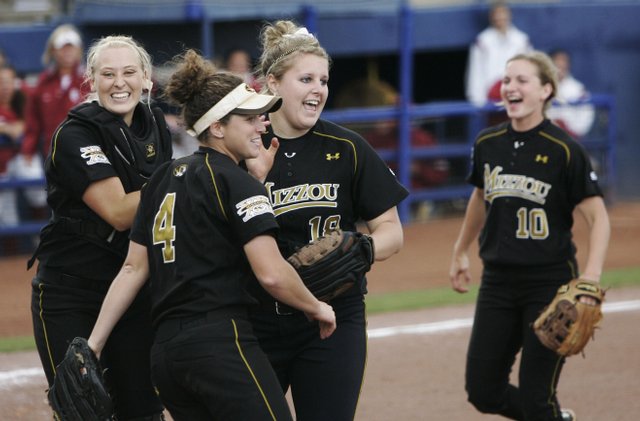 Gina Schneider homered to back a two-hit shutout by freshman Chelsea Thomas as Missouri beat top-seeded Oklahoma, 5-0, Sunday to win its first Big 12 softball title in 12 years. Thomas (13-4) struck out four and walked two in her third straight start without giving up a run. She has thrown 18 straight scoreless innings since losing to the Sooners, 4-2, two weeks ago.