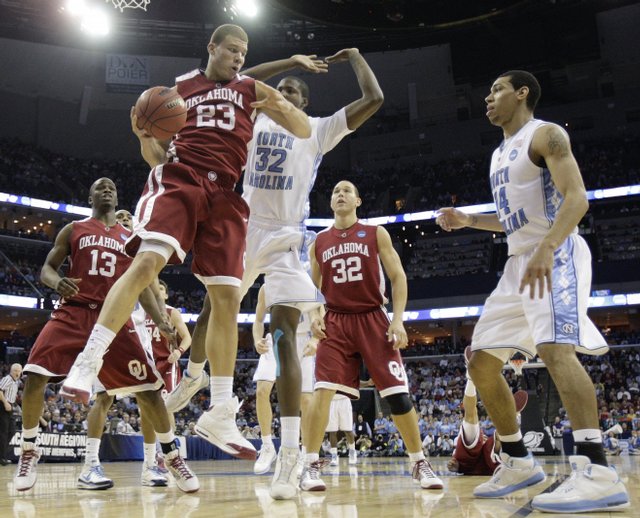 Blake Griffin might be the nation's best player. North Carolina brushed him aside with a total team effort. Ty Lawson scored 19 points and Danny Green added 18 to lead the top-seeded Tar Heels to a 72-60 win over Griffin and Oklahoma on Sunday in the South Regional final.