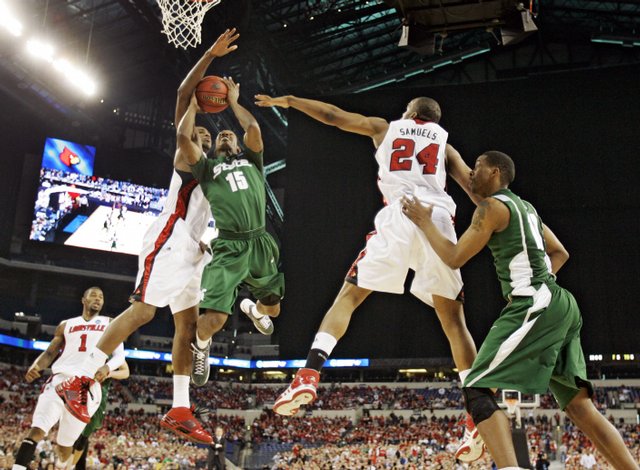 Michigan State is marching on to Motown. The Spartans gave the Final Four a hometown feel, stopping overall No. 1 seed Louisville 64-52 Sunday to win the Midwest Regional.