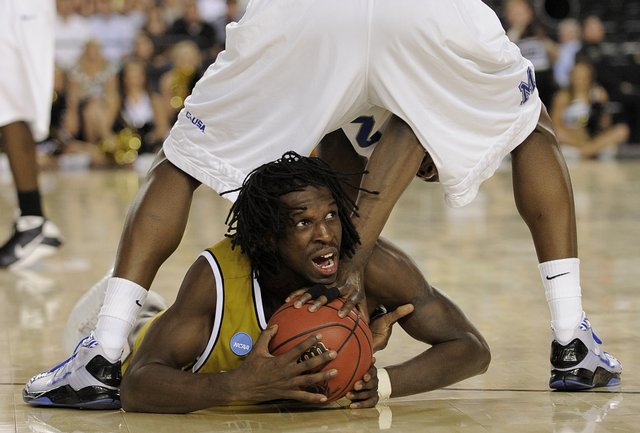 Missouri's DeMarre Carroll gets the ball and a bloodied lip as his slides under Memphis' Robert Dozier during the second half of a men's NCAA college basketball tournament regional semifinal in Glendale, Ariz., Thursday, March 26, 2009.

A career night by J.T. Tiller put Missouri one win away from its first trip to the Final Four. Memphis' 27-game winning streak, meanwhile, is history. Tiller scored a career-high 23 points — 15 more than his season average — and Missouri held off Memphis' frantic rally for a 102-91 win Thursday night in the semifinals of the West Regional.