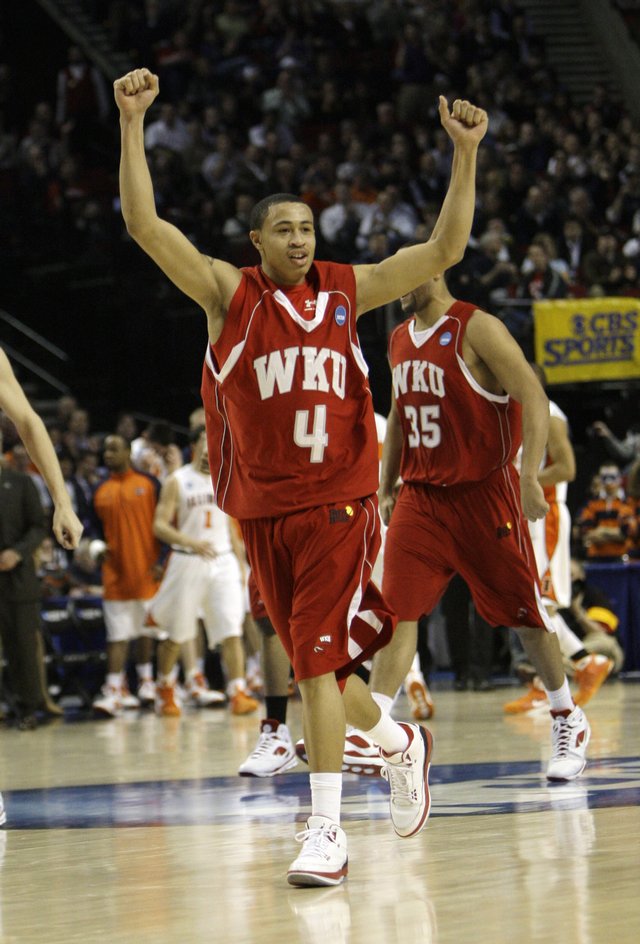 Western Kentucky's A.J. Slaughter (4) runs down court after scoring against Illinois in the first half during a first-round men's NCAA college basketball tournament game Thursday, March19, 2009, in Portland, Ore.

Whether they were relieved, tired or expecting it all along, the Western Kentucky Hilltoppers didn't wildly celebrate their latest NCAA tournament upset. A.J. Slaughter was the most demonstrative, pumping his fist a few times after 12th-seeded Western Kentucky held off a late charge to beat fifth-seeded Illinois 76-72 on Thursday night in the South Regional.