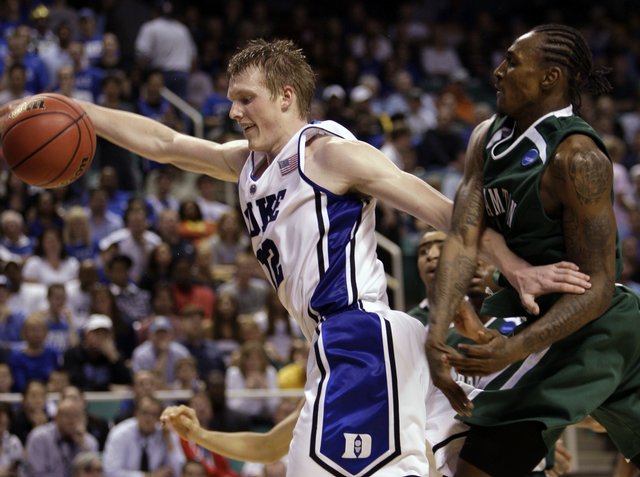 Duke's Kyle Singler (12) reaches to save a ball as Binghamton's D.J. Rivera defends during the second half of a first-round men's NCAA college basketball tournament game in Greensboro, N.C., Thursday, March 19, 2009.

The efficient Duke offense that lit up Florida State for a season-high 12 3-pointers in the ACC tournament championship game re-emerged against the Bearcats' high-pressure defense.