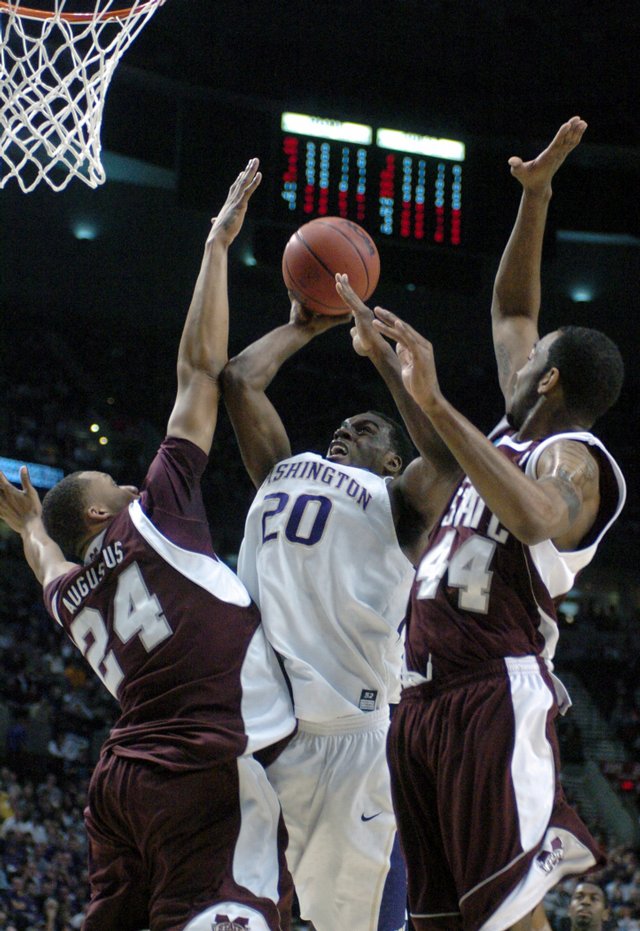 Washington's Quincy Pondexter (20) shoots against Mississippi State's Kodi Augustus (24) and Brian Johnson (44) during the first half of a first round men's NCAA basketball tournament game in Portland, Ore., Thursday, March 19, 2009.

Team captain Jon Brockman had a broken nose and a seat on the bench because of fouls. Isaiah Thomas and Justin Dentmon weren't fulfilling their roles as Washington's top two scorers in the biggest game of the season. As usual, everyone forgot about Quincy Pondexter.