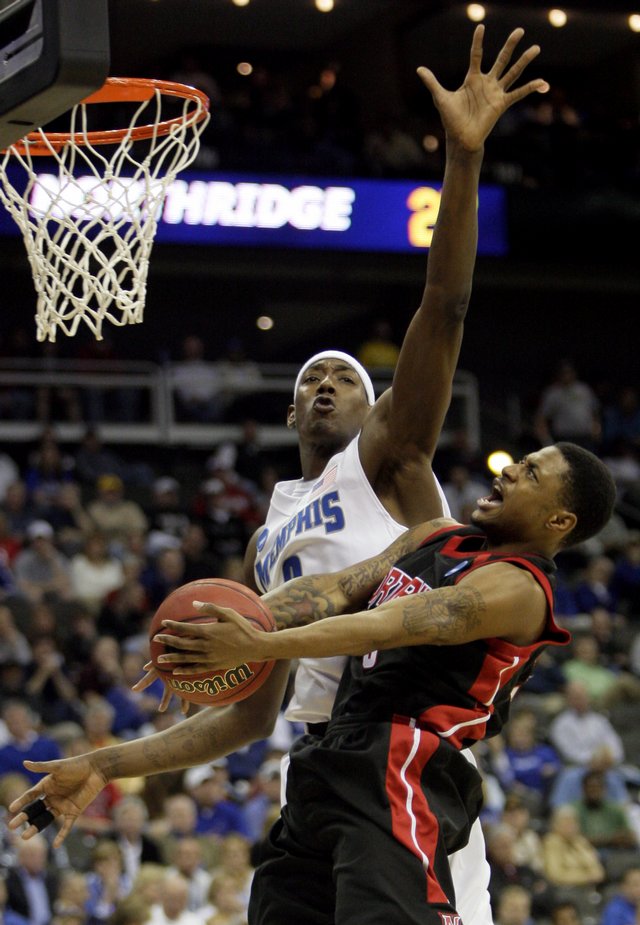 Memphis' Robert Dozier, left, gets above Cal State Northridge's Mark Hill (3) to block his shot in the first half during a first-round game at the men's NCAA college basketball tournament in Kansas City, Mo., Thursday, March 19, 2009.

After overcoming heartbreak and tragedy just to get to the NCAA tournament, the Matadors of Cal State-Northridge could not get past the greatest game of Roburt Sallie's life. Sallie, averaging 4.5 points all year for Memphis, scored 35 and the second-seeded Tigers beat the plucky Matadors 81-70 Thursday, dodging what would have been one of the biggest upsets in tournament history.