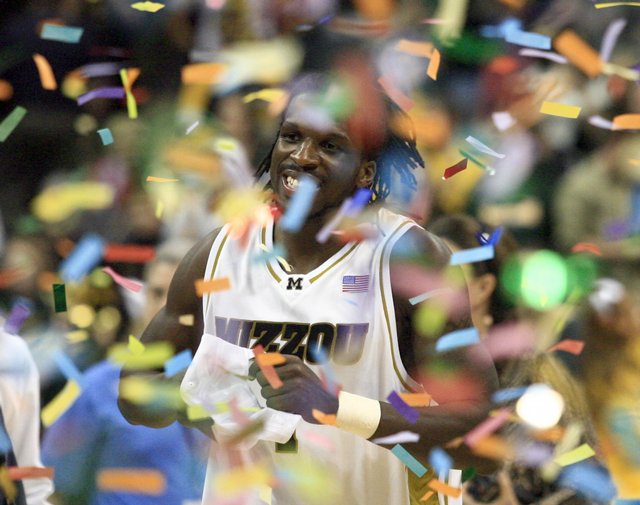 Missouri’s DeMarre Carroll (1) runs through the confetti after Missouri defeated Baylor in the Big 12 tournament championship game. The Tigers won, 73-60, Saturday in Oklahoma City to claim their first conference championship in 16 years.

DeMarre Carroll scored 20 points and No. 14 Missouri ended Baylor's surprising run through the Big 12 tournament, grinding down the Bears 73-60 to win their first postseason conference title in 16 years. Matt Lawrence added 13 points and his hot shooting helped the third-seeded Tigers (28-6) pull away early in the second half to spoil what would have been an unprecedented run to the title for Baylor.