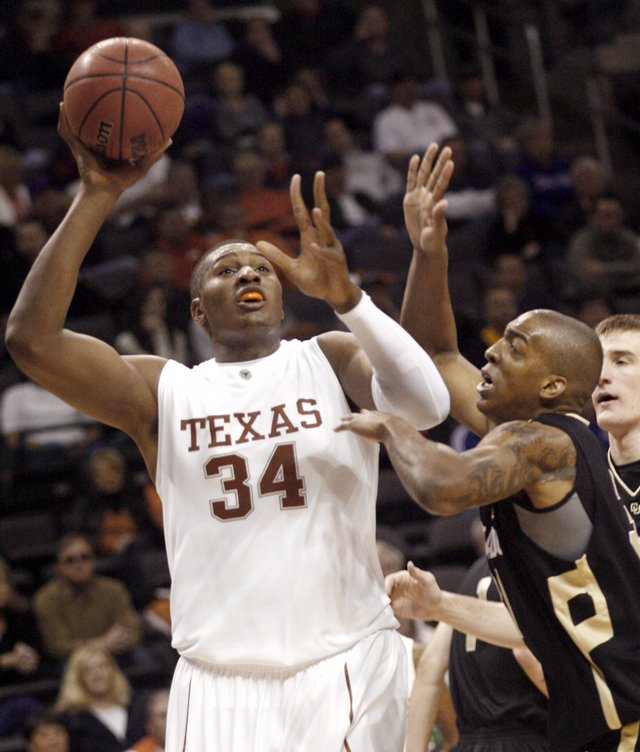 The following capsules break down the Big 12 teams outside of Lawrence for the upcoming hoops season.

Dexter Pittman dominated inside with a career-high 26 points and 10 rebounds, leading Texas past Colorado 67-56 Wednesday in the first round of the Big 12 tournament. At 6-foot-10 and about 300 pounds, the oversized Pittman had his way against Colorado's interior defense. He started out 9-for-10 from the field with four dunks and even hit his first five free throws.