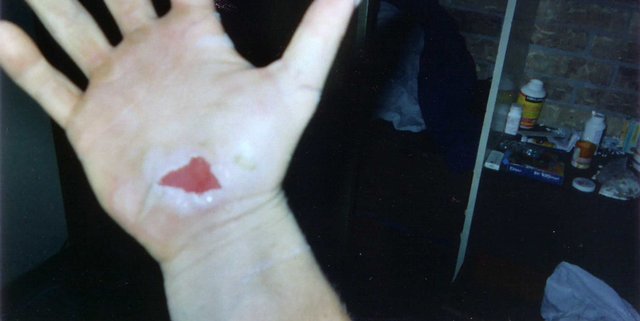 Amid denials from Kansas University football coach Mark Mangino that he has physically and verbally abused players during his eight-year tenure in Lawrence, one former player has provided documentation of mistreatment he says he suffered under the coach.

Oh my G-d! Is that a bag of weed and a pill container of steroids on that desk!

I had nothin' to do with the 'roids! But dude... I sold him that bag! It was just K-pot though.