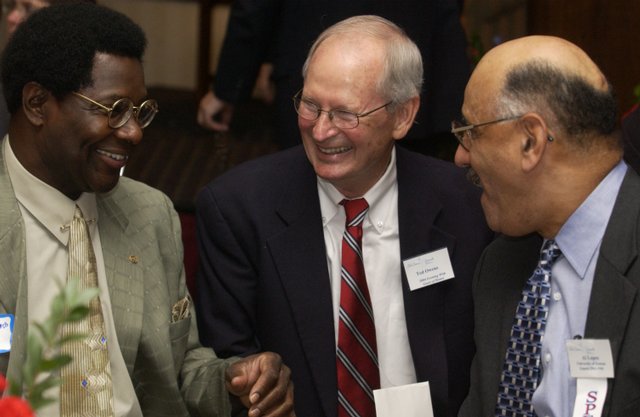 Former KU coach Ted Owens, center, chats with former players Tommie Smith, left, and Al Lopes, during the Ted Owens and Friends benefit for the Bert Nash Center in this 2004 file photo at the Holidome.

Ted Owens, who will be inducted into the Oklahoma Sports Hall of Fame tonight in Oklahoma City, and then the Kansas Hall of Fame on Oct. 4 in Wichita — plans on thanking several individuals in sure-to-be-emotional acceptance speeches at both events.