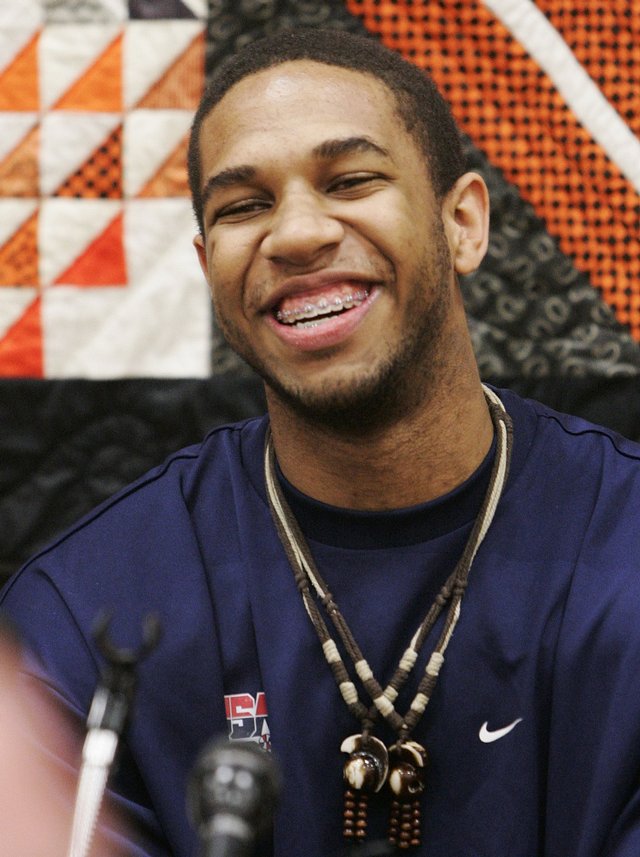 Star recruit Xavier Henry laughs during a news conference in which he announced his decision to play basketball at Kansas University. Henry made the announcement on Thursday at his Putnam City (Okla.) High School.

Xavier Henry actually cell-phoned coach Bill Self with his decision to become a Kansas Jayhawk after a workout on Tuesday night in Putnam City High’s gym.