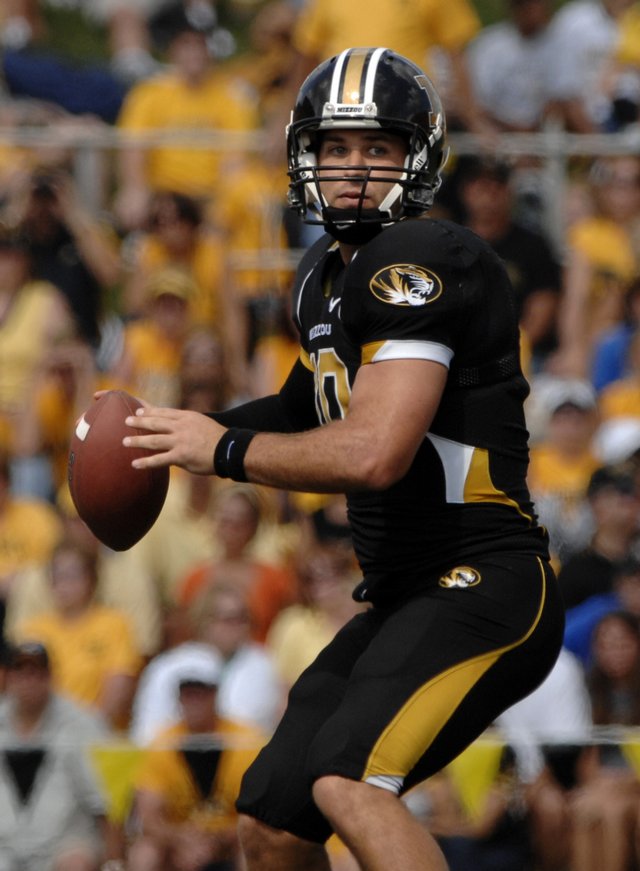 Missouri quarterback Chase Daniel prepares to throw against Buffalo on Saturday in Columbia, Mo. Daniel set a Big 12 record for consecutive completions in a game last week with 20.

The most unbreakable records in Big 12 history

Missouri's Chase Daniel and Texas' Colt McCoy recently threw themselves - literally - into the Big 12 Conference football record books. Daniel set a conference record for consecutive completions in a game with 20 in Missouri's 42-21 victory over Buffalo on Saturday, eclipsing the previous marks of 18 by Sam Bradford (2007) and Seneca Wallace (2001).