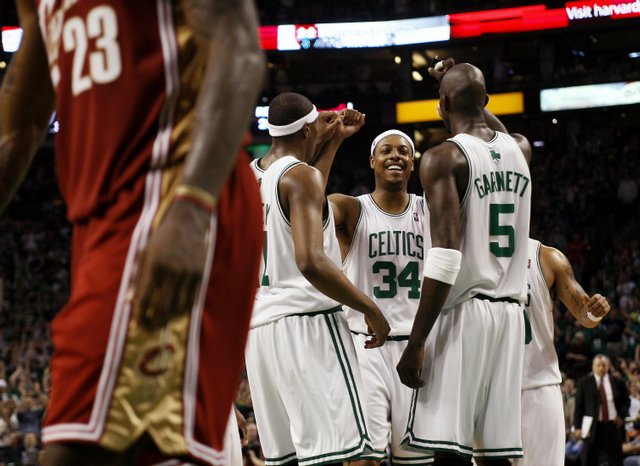 Boston's Paul Pierce (34) is congratulated by teammates Kevin Garnett (5) and James Posey during the fourth quarter of their 97-92 victory over the Cavaliers. Pierce had 41 points in the victory Sunday in Boston.

Paul Pierce hit a shot. Then LeBron James answered. Pierce hit another, and so did James.