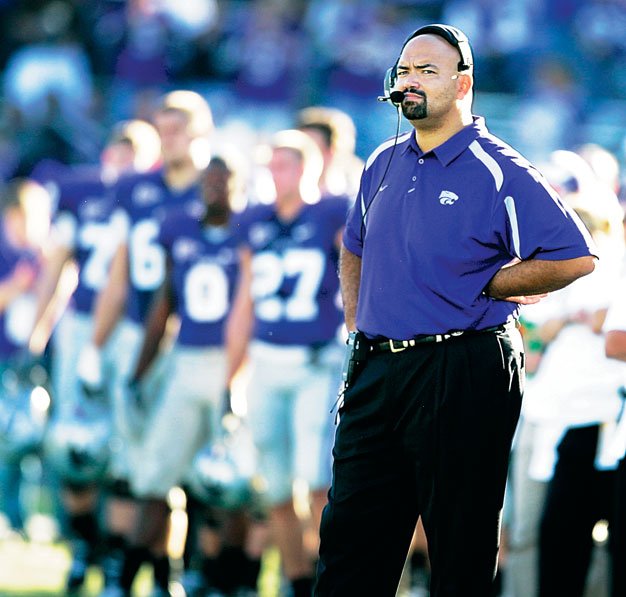 Kansas State coach Ron Prince watches the final moments of K-State's game against Missouri last year in Manhattan. After a 5-7 season in 2007, Prince loaded up on junior-college transfers - 19 new ones to be exact. The Wildcats' 29 roster spots held down by jucos are by far the most in the Big 12.

While most Big 12 football teams have junior-college transfers sprinkled across their rosters, Kansas State has started a trend in the conference. Forget the traditional method of bringing in juco transfers to plug a hole or two. Coach Ron Prince now has enough juco players to revamp the entire team.