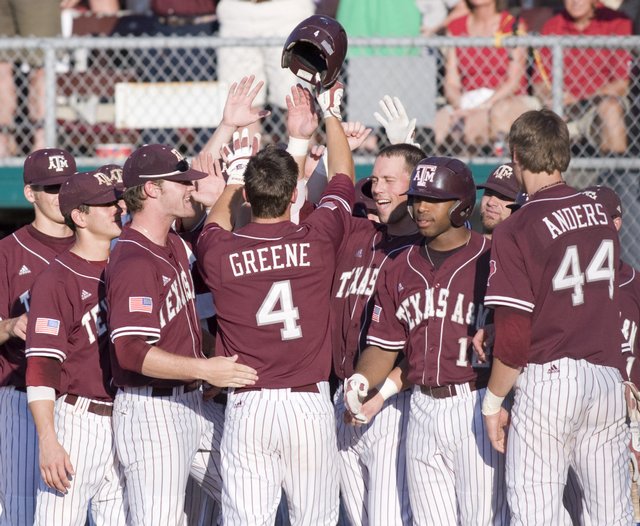 Texas A&M's Brodie Greene is congratulated by teammates after scoring against Houston on Saturday in College Station, Texas. The Aggies are the only Big 12 team that advanced from their regional to the NCAA Super Regionals, which will begin Saturday. Texas A&M will face Rice in Houston in a best-of-three series for the right to advance to the College World Series.

Big 12 Conference baseball pride was in serious jeopardy last weekend. Of the six conference teams that made the NCAA Tournament, five of them were knocked out in the first weekend of regionals. Texas, which won national championships in 2002 and 2005, couldn't keep its three-year title pattern within reach in 2008.