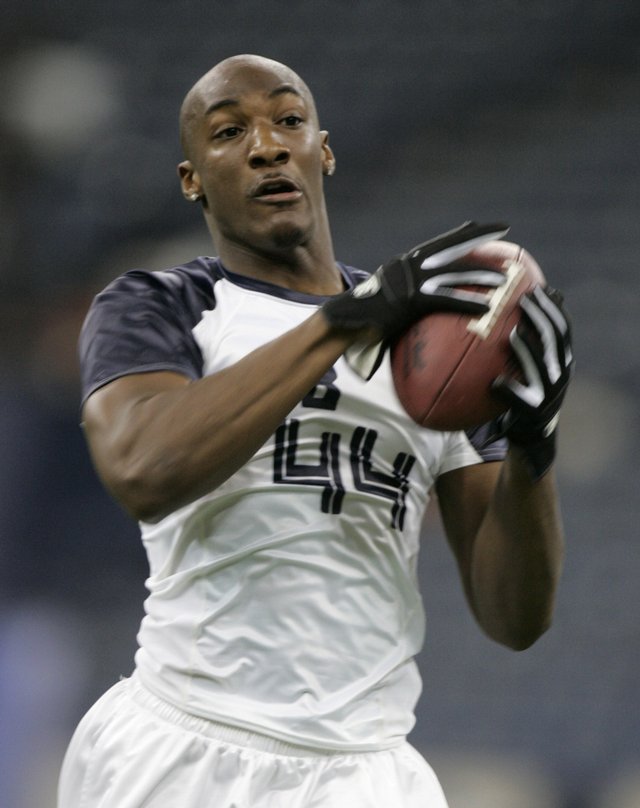 Former Kansas University defensive back Aqib Talib makes a catch during a drill. Talib worked out at the NFL Combine Feb. 26, 2008, in Indianapolis.

The drought is over. Kansas University finally has produced another NFL first-round draft choice.

Even the most informed analysts don't quite know what to think of Aqib Talib at this point. That was apparent Tuesday during the NFL Network's coverage of the NFL Combine in Indianapolis. For a time, the broadcast turned into a back-and-forth debate on the professional value of Talib, KU's former All-America cornerback. As for his on-field workout, Talib measured well at the RCA Dome on Tuesday.