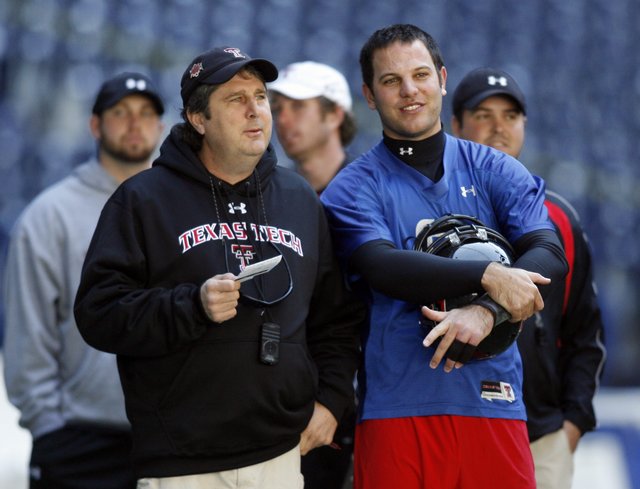 Texas Tech coach Mike Leach, left, and quarterback Graham Harrell talk during practice as the team prepares for the Cotton Bowl. Tech will face Mississippi on Friday in Dallas

Mike Leach tells his side of Texas Tech firing

Former Texas Tech coach Mike Leach on Tuesday offered up fresh details on what he says was happening behind the scenes around the time he was fired.

The Fox Sports college football panel raised the subject a few minutes after revealing the final BCS standings. Texas would be a facing an “emotional hangover,” the group predicted, which qualified as part coachspeak, part pop psychology and part common sense.