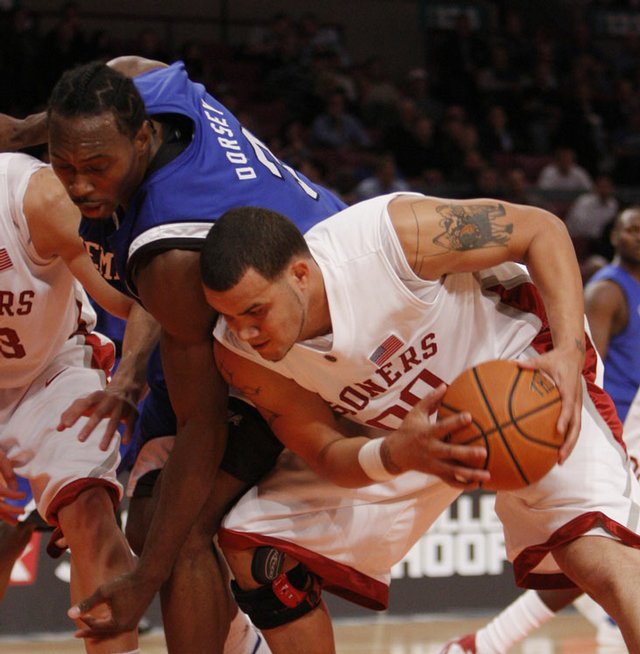 Joey Dorsey returned to the Memphis lineup with the kind of performance the third-ranked Tigers will need from him every game if they are going to be a contender for the national championship. Dorsey, who missed the first two games of the season because of a shoulder injury, finished with nine points, 12 rebounds and five blocks in the Tigers' 63-53 victory over Oklahoma on Thursday night in the semifinals of the 2K Sports College Hoop Classic.